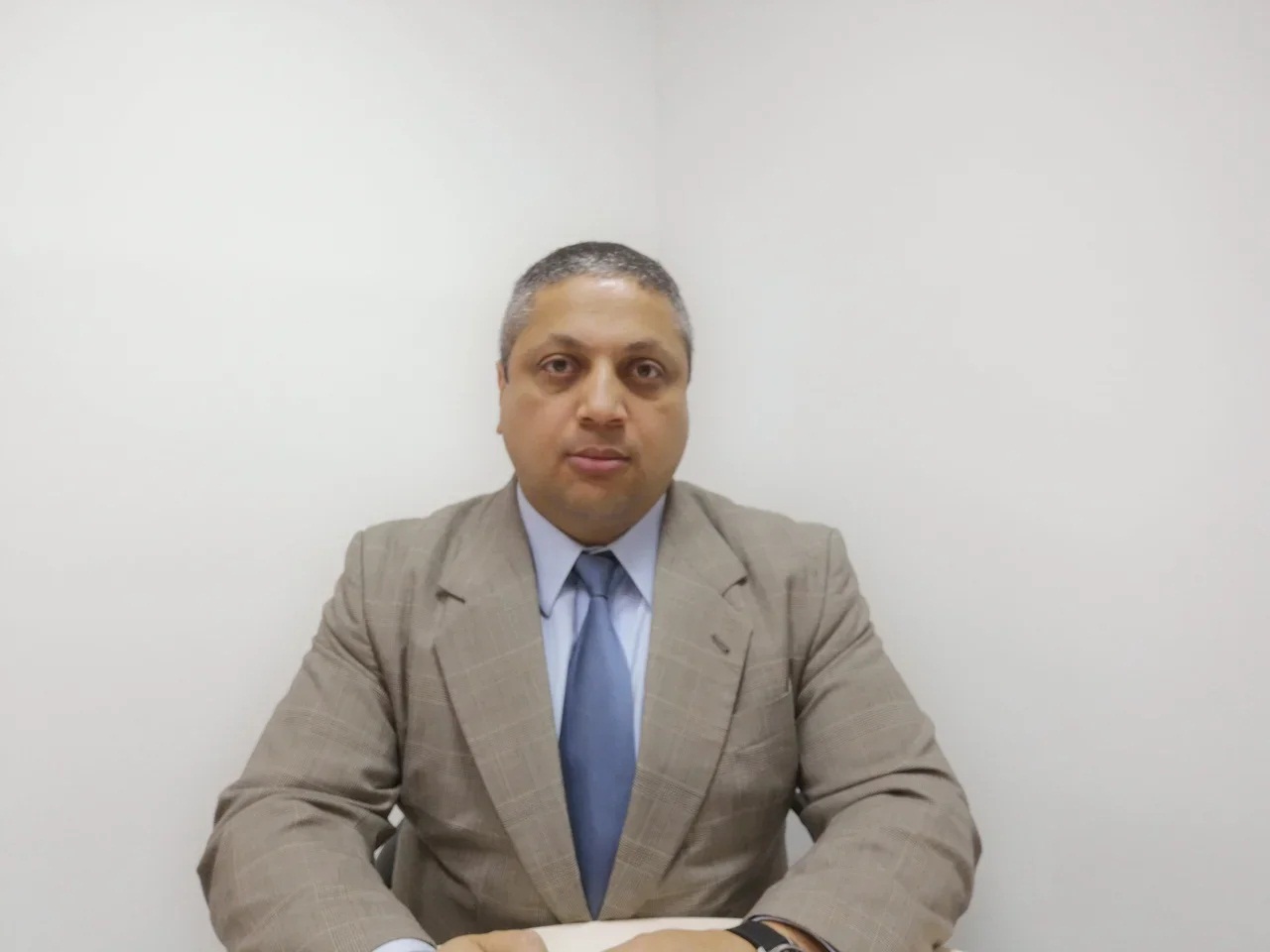 US DHS ICE Raiding Birth Tourism Locations in California catering to the Chinese?

NBC airing an investigative report suggesting that The Trump Organization is making money from Russian Birth Tourists in Miami, Florida?

Is ICE preparing a raid on Trump International and other luxury residences in Florida catering to Russian birth tourists?

Miami sounds like a good place to vacation and give birth -- if you can afford it -- provided that neither your nor any third parties involved in your trip and stay there do not break any U.S. laws and make their client (especially a pregnant woman!) a potential participant, co-conspirator or accessory to their crimes with all ensuing legal ramifications.

1. If you or anyone that you know (who is not a U.S. citizen or permanent resident) is considering giving birth in the United States, then please don't risk committing visa fraud.

Please contact a comptent and experienced U.S. immigration attorney for legal advice on how to comply with all applicable laws.

2. If you are in the United States unlawfully (illegal immigration status), then please talk to an immigration attorney to help you comply with U.S. immigration laws!

3. If you know someone who's having immigration issues, please advise them to seek legal representation ASAP.

4. If you have or are employing, harboring and/or providing material support to an illegal alien, please be aware that under certain circumstances, this can lead to federal criminal charges and confiscation of your property (8 U.S. Code § 1324)

Federal agents on Tuesday raided more than three dozen "maternity hotels" in Southern California where foreign women give birth, allegedly for the sole purpose of having a U.S.-citizen baby, authorities said.

Authorities are looking for evidence of bringing in and harboring of undocumented visitors; conspiracy, fraud and misuse of visas and permits; tax evasion and false tax returns; and willful failure to file report of foreign bank and financial accounts, court papers said.

"Based on the results of the investigations to date, it appears the women pay cash for prenatal visits and the actual delivery," U.S. authorities said. "As part of the package, clients were promised they would receive Social Security numbers and U.S. passports for their infants, which the mothers would take with them when they left the U.S."

"Any women encountered at the search locations will be interviewed and those identified as potential material witnesses will be directed when and where to report for further questioning," authorities said Tuesday.

In all, authorities obtained warrants for 37 locations and ended up searching more than 50 sites, including consensual searches, Kice said.

The purported tourism businesses promoted themselves on the Internet and through social media, authorities said. One firm in Rancho Cucamonga, California, advertised in Chinese and branded itself as "You Win USA Vacation Resort."

Federal agents in California raided 20 "maternity hotels," where Chinese women allegedly paid $40,000 to $80,000 to give birth in the U.S. for citizenship..

NBC News was on the scene as Homeland Security agents swept into The Carlyle, a luxury property in Irvine, California, which housed pregnant women and new moms who allegedly forked over $40,000 to $80,000 to give birth in the United States.

None of the women were arrested; they are being treated as material witnesses, and paramedics were on hand in case any of them went into labor during the sweep.

NBC News was on the scene as Homeland Security agents swept into The Carlyle, a luxury property in Irvine, California, which housed pregnant women and new moms who allegedly forked over $40,000 to $80,000 to give birth in the United States.

"I am doing this for the education of the next generation," one of the women told NBC News.

Instead, the investigation was aimed at ringleaders who pocketed hundreds of thousands of dollars tax-free to help Chinese nationals obtain visas and then pamper them until they delivered in an American hospital at a discount, court papers show.

All told, the feds raided 20 locations in Los Angeles, Orange and San Bernardino counties, targeting three competing birth tourism schemes, officials said. The suspected operators have not been charged but are being questioned.

They were funneled to several Orange County hospitals to deliver, but they didn't pay full price — approximately $25,000 — for medical services, officials said. Instead, they got reduced rates for the indigent, ranging from nothing to $4,000, the court papers say.

That translated into big losses for the hospitals. More than 400 babies linked to the scheme were born at just one facility in a two-year period, investigators said.

The investigators discovered that the parents of one baby born in April 2014 who paid the hospital just $4,000 were spending money at the Wynn Las Vegas Hotel, Rolex and Louis Vuitton, using an account with almost a quarter of a million dollars in it.

In a coincidence, the operators of You Win USA set up their operation in an apartment complex across the street from the federal agency’s Irvine field office.

Investigators said they were looking for evidence of visa fraud, conspiracy and other crimes in which women were helped to fabricate documents for visa applications and coached to falsely claim that they were traveling to the U.S. for tourism. Women were instructed to travel early in their pregnancy and wear loose clothing to avoid detection, and enter the U.S. through popular tourist destinations rather than Los Angeles, where authorities are more likely to suspect birth tourism, according to the affidavits.

“U.S. might refuse entry [if] the belly is too big,” one business stated on its website, advising women to travel at 24 to 30 weeks into their pregnancy, according to an affidavit. “The size of the belly is quite important to determine when you should arrive in Los Angeles.”

Taiwanese, Korean and Turkish mothers are also known to engage in birth tourism, but the practice has become particularly popular in recent years with the newly wealthy Chinese middle class.

Cities have cited such operations for building, fire or zoning violations, but they often swiftly relocate and reopen for business. One affidavit quoted a law review article estimating that about 40,000 of 300,000 children born to foreign citizens in the U.S. each year are the product of birth tourism.

One of the companies raided Tuesday, Star Baby Care, boasted on its site that it had served 4,000 women from China since it was founded in 1999, according to an affidavit.

FEDS RAID 'MATERNITY HOTELS' WHERE TOURISTS PAID UP TO $80K TO GIVE BIRTH IN U.S.

Federal agents raided a slew of luxury “maternity hotels” in California on Wednesday for allegedly housing Chinese women who wanted to give birth in America.

A growing number of Russians are coming to the U.S. to give birth.

Birth tourism has been somewhat popular in the United States, with court papers cited in the NBC article estimating that 40,000 children every year were born to women who are in the U.S. on a travel visa.

Russians Flock to Trump Properties to Give Birth to U.S. Citizens

While the president rails against children of undocumented immigrants, wealthy Russians rent his condos—at huge costs—so they can have American kids.

While Trump rails against U.S.-born children of undocumented immigrants, his Florida properties have become a playground for birth tourists from Russia’s upper crust. The Daily Beast has discovered several companies are advertising rentals in Trump properties to expectant Russian parents. While the Trump Organization does not directly profit from subleases of privately owned condos, it does benefit from Russian patronage of the nearby Trump International Beach Resort. (The Trump Organization did not return requests comment.)

Birth tourism is a booming industry thanks to the growing middle- and upper-class in Russia and China. These families have no plans to work in the U.S. or pay U.S. taxes as their child grows. Rather, U.S. citizenship is an extra security blanket that the wealthy give themselves after months-long vacations on Miami’s beaches. It also gives their kids a shot at financial aid at U.S. schools and easier access to jobs in the U.S.

After the child turns 21, he or she can also apply for family reunification, to get her parents and non-citizen siblings green cards to come to the U.S.

Mothers-to-be are crowding the shores of Miami.

At least a handful of pregnant Russian women board every flight from Moscow to Miami, according to Miami real estate agent Axxx Kxxx. Kronfeld knows this because his realty company helps the expecting Eastern Europeans find three-to-five month leases in South Florida so they can give birth in warm weather.

Expecting mothers from Russia and other former Soviet-bloc countries are crowding the shores of North Miami and Sunny Isles Beach – also known as the "Russian Riviera" – and hiring bilingual companies,..., to find them short-term leases and high-quality medical care before they jet back to Putin's paradise.

"Never paid a single dollar of tax in the United States or worked a day here? We will confer citizenship on your child nevertheless", conservative commentator A. J. Delgado wrote for the National Review in May. Delgado believes the mothers abuse the 14th Amendment, which enables the dual citizenships of these babies based on jus soli rights – to be a US citizen, the only requirement is that you be born on our soil.

Miami's residents disagree on the motives behind the booming industry. As I ate pickled watermelon and Russian "salads" (a.k.a. vegetables soaked in vinegar) at the Matryoshka Deli in Sunny Isles, I asked locals what they thought about birth tourism.

"It's a big fuckin' business", said the silver-haired man across from me as he sipped his midday beer. The Russian man sitting next to me had a different explanation: "They see palms. In Russia, we don't have palms", he said.

While President Trump cracks down on the children of undocumented migrants, wealthy Russians are using his properties to secure dual-citizenship for their babies.

The President's Florida properties are a Russian birth tourism hotspot, according to a Daily Beast investigation. Trump resorts are a popular choice for birth tourism companies, who offer luxury holidays to help expectant Russian parents secure dual Russian and American citizenship for their baby by giving birth in the US.

Russian birth tourism companies are offering Trump apartments as part of packages costing £57,000 ($75,000) plus, as well as medical care, the Daily Beast found.

The Trump Organisation does not directly profit from birth tourism subleases of privately owned apartments, but £75m ($98m) worth of Trump's property is now owned by Russian investors.

Dual-citizenship gives children born in the US to foreign parents easier access to education and jobs in the country, as well as the opportunity to apply for green cards for the rest of their family when they turn 21.

In his presidential campaign, Trump argued that children born to undocumented parents, like those born through birth tourism, don’t have a legal right to citizenship.