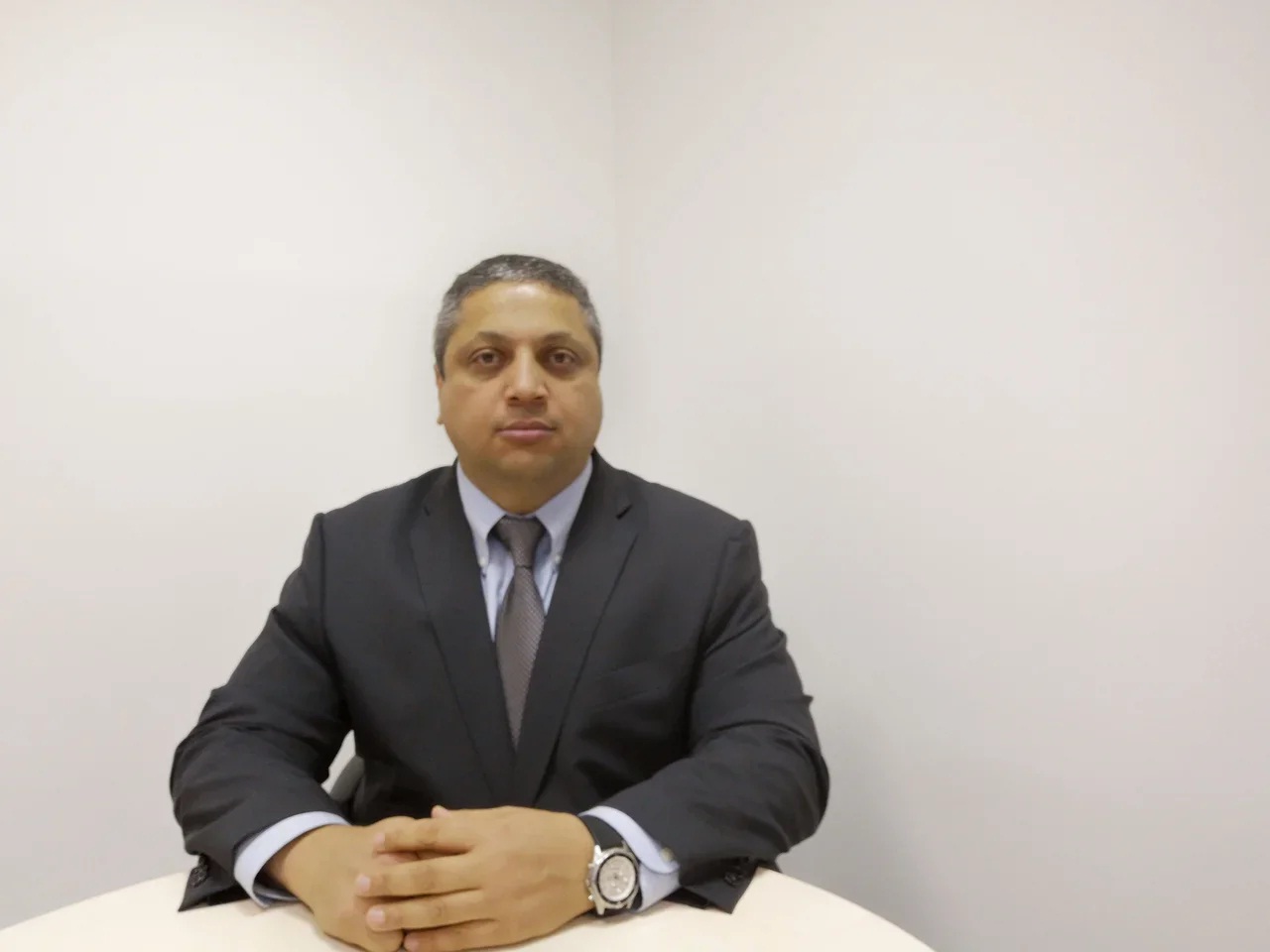 Is arresting and deporting to Poland Dr. Lukasz R. Niec a a fair and effective way to fight illegal immigration?

Do you think that Dr. Niec will receive the same treatment as illegal or deportable aliens from Mexico, Central and South America who are not physicians but blue collar workers?

If you would like to know, then please read the Law Offices of Gregory Krasovsky (Washington, DC) post:

Is arresting and deporting to Poland Dr. Lukasz R. Niec a a fair and effective way to fight illegal immigration?

Do you think that Dr. Niec will receive the same treatment as illegal or deportable aliens from Mexico, Central and South America who are not physicians but blue collar workers?

Why does current U.S. immigration policy and the agencies that enforce it -- US DHS ICE and USCIS -- ignore the extreme hardship that such arrests, detentions and deportations cause U.S. citizen family members (including minor dependents) of the deportees who do not really pose any safety, economic or political risks to America?

Regardless, if you know someone who's having immigration issues, please advise them to seek legal representation ASAP.

If your company is or may be employing illegal aliens, then please seek the advice of a competent and experienced local immigration attorney!

KALAMAZOO, MI -- After working a full week, Bronson HealthCare Dr. Lukasz R. Niec, M.D., had a day off. When Immigration and Customs Enforcement agents appeared at his door on the morning of Tuesday, Jan. 16, his plans changed.

Now, family, friends and colleagues are working to support his effort to stay in the United States, fearing deportation, as Niec waits in a jail cell.

Niec, 43, a doctor at Bronson HealthCare who came from Poland to the U.S. as a child, is being detained at the Calhoun County Jail, according to his wife, Rachelle.

His wife, while working at Bronson Battle Creek on Tuesday, Jan. 16, got a call from her husband. He was in jail.

"I initially thought it was a prank," she said. "I didn't think this could happen to us."

Niec is a citizen of Poland with a permanent Green Card, his wife said.

She believes deportation is unlikely, but so is bail because of the two unrelated convictions.

Kalamazoo County court records show Niec pleaded guilty to a 2008 operating impaired by liquor offense in Kalamazoo County. He completed probation, and the conviction was set aside, the plea withdrawn and the case dismissed, as part of a plea agreement.

He was charged with domestic violence in 2013 and a jury found him not guilty after a trial, record show.

He has traffic violations including speeding and careless driving, court records show.

At the age of 3, Niec immigrated to the Bloomfield Hills area with his mother, father and sister, his wife said.

He graduated from Western Michigan University and went to medical school at Ross University School of Medicine in Dominica.

- Lukasz Niec, 43, faces deportation to his birth country, Poland. The doctor, his sister and his parents left Poland and came to the US in 1979 for a 'better life'.

- Niec pleaded guilty to the charges under the Holmes Youthful Trainee Act but ICE does not recognize the plea agreement, his wife and sister said

A Polish doctor in Michigan, who fled to the US with his family nearly 40 years ago, faces deportation to his birth country after he was arrested at his home by ICE agents and thrown in jail.

Lukasz Niec, who has a permanent green card, was home with his two daughters Tuesday morning when three Immigration and Customs Enforcement agents showed up, placed him in handcuffs and took him to jail.

The 43-year-old internal medicine physician at Kalamazoo's Bronson Methodist Hospital has spent the past several days at the Calhoun County jail awaiting his fate.

Niec's family told WOOD TV that there's a chance the doctor could be deported to Poland, a country he left with his parents and sister nearly 40 years ago.

Iwona Niec-Villaire said her brother is 'shell-shocked' about being arrested and the possibility he may be deported.

'We did go see him on Wednesday, he was shaking,' she said.

Niec-Villaire, an attorney, told the outlet that her family left Poland in 1979 for a 'better life'. She said her brother was three years old at the time and this is the only home he's ever known.

'He cannot (go) back to Poland, a country he doesn't know, he has no family at, both our parents passed away in the United States, he doesn't know anyone, he wouldn't know where to go,' she said. 'He doesn't even speak Polish.'

'Until this gets heard, which could be up to six months, he could be stuck in a prison cell and not helping and being with his family,' Niec-Villaire told WWMT.

Niec's colleagues at Bronson are outraged at the situation and are hoping he will not be separated from his family.

'He's exactly the kind of person our immigration policies should be encouraging to prosper here, he's been here for 40 years, this is a ridiculous situation,' Dr. Michael Raphelson said.

Michigan Doctor Lukasz Niec Arrested By ICE After Living In The U.S. For 40 Years

A doctor living in Kalamazoo, Michigan, was arrested and jailed by Immigration and Customs Enforcement (ICE) on Saturday. The Polish doctor, Lukasz R. Niec, has lived in the U.S. for 40 years, and his family now fears that that he will be deported back to Poland following the arrest.

Since Donald Trump entered the White House, ICE has been cracking down on immigration. The agency recently raided 7-Eleven stores across the country, resulting in 21 arrests. On Wednesday, a Detroit father of two was deported back to Mexico, despite having lived in the U.S. for 30 years. He had no criminal record.

The current government shutdown has been driven by the immigration debate. Democrats and a handful of Republicans have been working to strike a deal on the Deferred Action for Childhood Arrivals program, an Obama-era policy that allowed immigrants brought to the United States as children to stay in the country without being deported. Trump ended DACA last year and said it was up to Congress to find a solution. No solution was achieved, which is in large part what led to the shutdown.

But DACA recipients are not the only immigrants under threat since Trump took office: ICE has started cracking down on these communities as a whole, and as of last November, nearly 40 percent more illegal immigrants had been arrested by the agency compared with 2016.

The recent case of a Detroit father who was deported after living in the U.S. for 30 years circulated quickly on social media. Some felt that the decision to send Jorge Garcia back to Mexico, despite the fact that he had no criminal record, was insensitive and callous. Bill Kristol, the editor-at-large of The Weekly Standard, a conservative publication, tweeted, "Surely this should not be happening," at the time that the story broke. Garcia was too old to qualify for DACA, and under the Obama administration, he had been granted multiple stays of removal.

A doctor of Polish descent has been detained by Immigration and Customs Enforcement agents in Michigan, despite having lived in the U.S. for 40 years and being in possession of a permanent green card.

Lukasz Niec, an internal medicine doctor for Kalamazoo’s Bronson HealthCare, was taken into custody on Tuesday after immigrating from Poland with his parents when he was three years old, according to his wife Rachelle.

Rachelle Niec told local reporters she believed the arrest may have stemmed from two unrelated misdemeanor convictions Lukasz Niec, now 43, earned when he was in high school: one for destruction of property of less than $100 and the other for receiving stolen property.

Kalamazoo County court records also show Niec pleaded guilty to a 2008 operating impaired by liquor offense, the conviction of which was later set aside as part of a plea agreement, per local media reports.

In addition, he was charged with domestic violence in 2013 but a jury found him not guilty after a trial, records demonstrate.

Lukasz and Rachelle Niec have been in a relationship for about four years, marrying in 2016, local journalists say. They have one daughter each.

Kzoo doctor detained by ICE after 40 years in US

KALAMAZOO, Mich. (WOOD) — Even as the issue of immigration has been central to the government shutdown in Washington, a respected doctor at Kalamazoo’s Bronson Methodist Hospital who has been living in America for nearly 40 years finds himself in jail after U.S. Immigration and Customs Enforcement agents took him from his home in handcuffs.

Lukasz Niec is an internal medicine doctor putting in long hours as a hospitalist for Bronson. His co-workers describe him as the model of what a physician should be.

And now, he is sitting in a jail cell in Calhoun County with no idea of when — or if — he will be free to return to his patients and his family.

“In 1979, my parents were both doctors left Poland and took two suitcases and two small children, my brother was five and I was six and they came here for a better life for their kids,” said Iwona Niec-Villaire Saturday as she sat next to her sister-in-law.

Now, the siblings are in their mid-40s, she is an attorney, he is a doctor — they have been in America for four decades on a permanent green card.

On Tuesday, as Niec was enjoying a day off with his tween girls at his home on the lake in this exclusive neighborhood near Kalamazoo, three ICE officers came to his home, told him he was being taken into custody and took him to jail.

ICE will not comment on the case and has held no hearings. A bond hearing may not come until February, and it is unlikely it will be granted, according to immigration law experts.

“Until this gets heard, which could be up to six months, he could be stuck in a prison cell and not helping and being with his family,” said Niec-Villaire.

The only spot on Niec’s record is two misdemeanor convictions when he was 17, one for destruction of property less than $100 and receiving and concealing stolen goods.

He pleaded to these charges more than 25 years ago under the Holmes Youthful Trainee Act that allows young first offenders to avoid a criminal record if they never offend again.

But ICE — a federal agency — does not honor that state plea agreement, something Niec did not know when he took the plea, according to family.

“These misdemeanors were just an adolescent making mistakes and learning from them,” Niec-Villaire said.

It is also possible that ICE is targeting affluent immigrants of European descent to avoid the appearance of racial profiling.

But those who love Niec are not interested in becoming examples.

“He’s the person I call, whenever anything goes wrong or right and now I can’t do that and it’s breaking me up,” said Niec-Villaire. “This is a man that is needed in the community, not detained in Calhoun County Jail.”