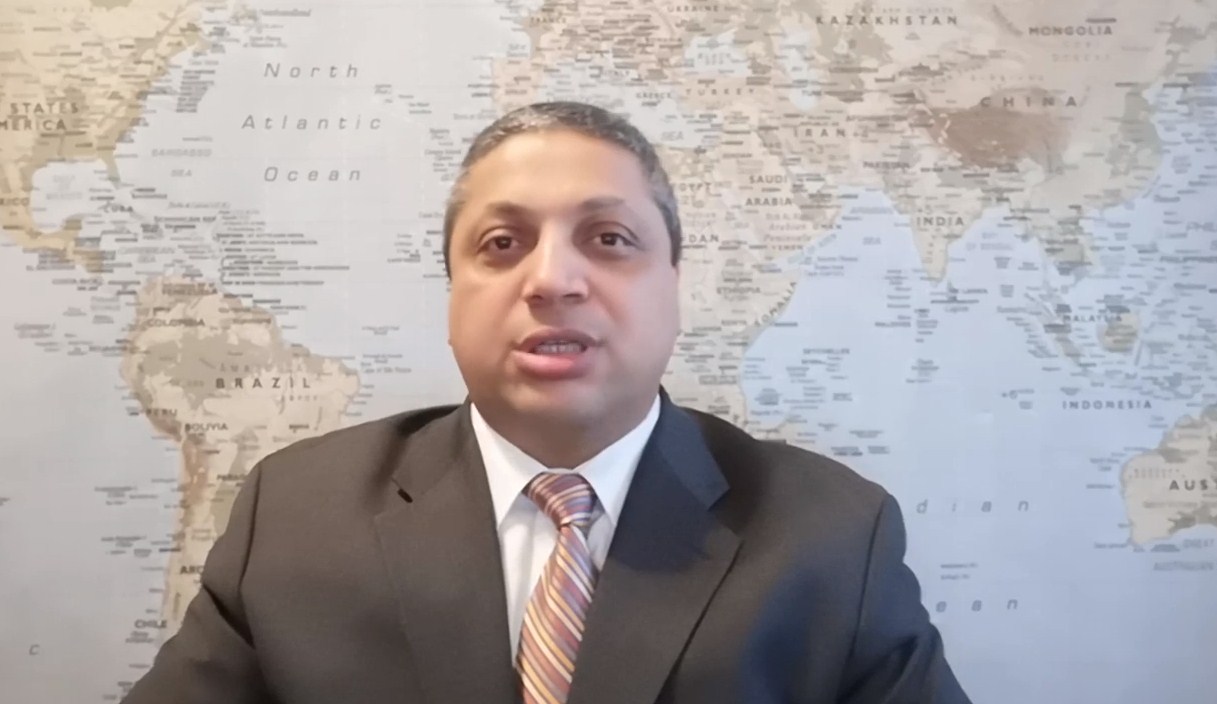 As the cited CNN article demonstrates, if you're eligible to apply for asylum in the U.S., it's wise, if not critical, to be represented by a competent and experienced immigration attorney, especially if you've arrived from a country with a historically low approval rate for asylum applications.

Regardless, if you know someone who's having immigration issues -- including considering applying for asylum or protected status -- then please advise them to seek legal representation ASAP.

If you are in the United States unlawfully (illegal immigration status), especially with minor children, then please talk to an immigration attorney to help you comply with U.S. immigration laws!

Which nationalities get rejected the most for US asylum?

(CNN) When a caravan of Central American migrants recently showed up at the US border, many wondered what their odds of getting asylum would be.

The answer: Slim, if history repeats itself.

A look at asylum denial rates show extreme variances between the nationalities of people applying.

On the flip side, some nationalities rarely have their asylum attempts turned down.

There's no simple answer, but there are definitely key factors.

"Country conditions always can have a big influence over whether you have legitimate grounds for asylum or not," TRAC co-director Susan B. Long said.

Another hugely important aspect is whether the asylum seeker has an attorney.

"Without representation, the deck is stacked against an asylum seeker," TRAC said.

In fact, "your odds are five times better to get asylum if you have an attorney," Long said.

It's no surprise that more than 95% of those Chinese applicants had attorneys.

Other nationalities with low denial rates include Egypt, Ethiopia, Syria and Burkina Faso. All had attorney representation in more than 89% percent of cases decided in that time frame.

But those who show up for crucial interviews with neither an attorney nor English skills often get denied more.

"A lot don't have the resources to pay for it," Long said. "There are a lot of attorneys trying to be of pro bono assistance, but the need is great."

Of course, there are many factors US officials weigh when deciding whether to grant someone asylum, such as whether they have proof of persecution or a well-founded fear of persecution due to race, religion, national origin, political opinion or membership in a particular social group.

But "(t)here are no mandatory bars to establishing a credible fear or persecution or torture," US Citizenship and Immigration Services says.

Applying for asylum in the US takes, on average, 6 months and 2 interviews

How bad is it in the countries these migrants are fleeing from? This bad

(CNN)The agony and desperation are written all over the migrants' faces. But what you can't see is how bad their homelands really are.

Why would a caravan of migrants spend a month trekking across several countries, battling hunger, filth and illness, when their chances of getting US asylum are so slim?

Some migrants start asylum requests, but dozens from the caravan are still in tents

Tijuana, Mexico (CNN)Slowly but steadily, caravan migrants who trekked across Mexico are pleading their cases to US authorities on why they should be granted asylum.

More than half of them have now been accepted to begin processing by US authorities at the border with Mexico, Alex Mensing -- whose group, Pueblo Sin Fronteras, organized the caravan -- said Wednesday.

Caravan organizers said 63 Central American migrants began asylum processing on Wednesday, bringing the total of those accepted for processing to 88.

The migrant caravan is still coming. Trump says don't let them in

(CNN)They stowed away on trains, slept in shelters and marched in protests as they trekked across Mexico.

Soon hundreds of migrants from Central America will find out whether it was worth it.

Buses carrying members of the caravan pulled into the border city of Tijuana on Tuesday. And organizers say more will soon be on the way.

Many in the caravan say they plan to turn themselves into US authorities and ask for asylum.

What does it mean to ask for asylum?

Asylum is a protected status that allows people fleeing persecution to live legally in another country. But it's not easy to obtain. In order to qualify for asylum in the United States, applicants must prove they have faced persecution in the past or have a well-founded fear of persecution due to their race, religion, national origin, political opinion or membership in a particular social group.

What are the chances migrants in the caravan will get asylum?

Pretty slim. But it's impossible to predict how any one case will go. A number of factors contribute to whether someone wins asylum, including how much evidence they have with them to prove their case and which judge is hearing it.

Looking at national statistics gives a good sense of how tough those cases can be to win — particularly for people from Central America, who often have a hard time meeting the requirements.

To live openly as a woman, she had to flee. But the road ahead holds no guarantees

To live openly as a woman, she had to flee. But the road ahead holds no guarantees

More than three quarters of immigrants seeking asylum from El Salvador, Honduras and Guatemala between 2011 and 2016 lost their cases, according to immigration court statistics published by Syracuse University's Transactional Records Access Clearinghouse. That means more than 75 percent were refused.

(ii) Burden of proof. In cases in which an applicant has demonstrated past persecution under paragraph (b)(1) of this section, the Service shall bear the burden of establishing by a preponderance of the evidence the requirements of paragraphs (b)(1)(i)(A) or (B) of this section.

(iii) Grant in the absence of well-founded fear of persecution. An applicant described in paragraph (b)(1)(i) of this section who is not barred from a grant of asylum under paragraph (c) of this section, may be granted asylum, in the exercise of the decision-maker's discretion, if:

(A) The applicant has demonstrated compelling reasons for being unwilling or unable to return to the country arising out of the severity of the past persecution; or

(B) The applicant has established that there is a reasonable possibility that he or she may suffer other serious harm upon removal to that country.

(B) There is a reasonable possibility of suffering such persecution if he or she were to return to that country; and

(C) He or she is unable or unwilling to return to, or avail himself or herself of the protection of, that country because of such fear.

(iii) In evaluating whether the applicant has sustained the burden of proving that he or she has a well-founded fear of persecution, the asylum officer or immigration judge shall not require the applicant to provide evidence that there is a reasonable possibility he or she would be singled out individually for persecution if:

(A) The applicant establishes that there is a pattern or practice in his or her country of nationality or, if stateless, in his or her country of last habitual residence, of persecution of a group of persons similarly situated to the applicant on account of race, religion, nationality, membership in a particular social group, or political opinion; and

(B) The applicant establishes his or her own inclusion in, and identification with, such group of persons such that his or her fear of persecution upon return is reasonable.

(3) Reasonableness of internal relocation. For purposes of determinations under paragraphs (b)(1)(i), (b)(1)(ii), and (b)(2) of this section, adjudicators should consider, but are not limited to considering, whether the applicant would face other serious harm in the place of suggested relocation; any ongoing civil strife within the country; administrative, economic, or judicial infrastructure; geographical limitations; and social and cultural constraints, such as age, gender, health, and social and familial ties. Those factors may, or may not, be re levant, depending on all the circumstances of the case, and are not necessarily determinative of whether it would be reasonable for the applicant to relocate.

(i) In cases in which the applicant has not established past persecution, the applicant shall bear the burden of establishing that it would not be reasonable for him or her to relocate, unless the persecution is by a government or is government-sponsored.

(ii) In cases in which the persecutor is a government or is government-sponsored, or the applicant has established persecution in the past, it shall be presumed that internal relocation would not be reasonable, unless the Service establishes by a preponderance of the evidence that, under all the circumstances, it would be reasonable for the applicant to relocate.

(A) Having been convicted by a final judgment of a particularly serious crime in the United States, constitutes a danger to the community;

(C) Can reasonably be regarded as a danger to the security of the United States;

(E) Ordered, incited, assisted, or otherwise participated in the persecution of any person on account of race, religion, nationality, membership in a particular social group, or political opinion.

(ii) If the evidence indicates that one of the above grounds apply to the applicant, he or she shall have the burden of proving by a preponderance of the evidence that he or she did not so act.

(F) Is described within section 212(a)(3)(B)(i)(I) , (II) , and (III) of the Act as it existed prior to April 1, 1997, and as amended by the Anti-terrorist and Effective Death Penalty Act of 1996 (AEDPA), unless it is determined that there are no reasonable grounds to believe that the individual is a danger to the security of the United States.